”If you look for it, you can often find the support that you need” – Tracy’s single parent story

Tracy is a single mum to a son aged 18 and a daughter aged 11. She has been a single parent ever since her son was born.

As a single parent I’ve always had to be self-reliant. I was even in the labour room on my own when my son was born! But I’ve also learned that it’s important not to be isolated and to get out into your community.

For me, I think staying in, surrounded by your four walls can be extremely lonely at times. So what I started doing was spending lots and lots of time in local groups, such as mother and baby groups, breastfeeding groups, support groups, anything. Whatever was available for me to do, that’s what I did, fully immersing myself into getting out of the house. Even to this day it is my saving grace.

Every day I will do something, whether it’s going to the local park, or the local library, or a free museum. Both my kids were able to roller skate and swim by the time they were five, because we were always active. It can be something as simple as just going to the shop. When my son was little, we’d go to the shop every day to buy dinner, instead of doing one big shop and staying in for the week, and it’s surprising who you can meet on the way to the shops!

Talk to people, you’ll really be surprised what they know. When I’m at the park I will often speak to another mum or dad and sometimes it turns out they’re a single parent too. I’ve even got speaking to people on the bus and we’ve both got something out of it! And don’t forget that so many people in your life are also a dad, also a mum, or an aunt, or an uncle, who has gone through similar things to what you’re dealing with.

One of the best things about getting out and speaking to other parents is that you get all kinds of helpful advice. For instance, when my son had colic it was so helpful to be able to talk to other parents who had dealt with it. It doesn’t matter whether it’s your first, second, or third child, as parents you don’t always know what you’re doing and children are not the same – some have trouble sleeping, others have trouble eating, but if you talk to other parents someone will have had the same problem before.

So just be honest and talk, you’ll be surprised.

I really recommend using your local resources as much as possible.

When my son was born, the internet wasn’t a thing, so I had to find services from talking to other people to find out what was around, or I would ask at the kid’s school and at the GP and they told me about all kinds of groups I could join, and help I could get. They have a wealth of experience and knowledge, and if they can’t help you, they can direct you to someone who can.

I was lucky enough to be around at the helm of Sure Start centres and I would also visit the local health centre on the estate. While Sure Start has sadly been phased out, there are often still lots of things you can find in your local area, for instance there are many community hubs now that often have groups and free or subsidized activities for the family. I’ve also found that churches and the Salvation Army are a lifesaver, as they always have things to do and toddler groups for the kids.

Home-Start are a great community programme that can help you find local services. If you’re struggling with money then I’ve found that Turn2Us is good and there are always food banks that can help.

It’s ok to ask for help

I think people have got to stop being embarrassed about talking about their problems or asking for help. It’s not shameful to be having problems or not to have enough money. I’ve been so broke so often, it’s unbelievable, and other parents will have been there too. If you don’t let people know what’s going on, they can’t help.

I once spoke to one of the workers at Broadwater Farm Children’s Centre about how I was struggling for things at home, and she helped me with getting a grant to buy a cooker and a mattress. I didn’t even go there for help with that, I was just talking!

So don’t be embarrassed. If you look for it, you can often find the support that you need and you can definitely accomplish what you want. Just don’t give up!

When I became a single parent I had six children at home. It was a time of huge change and I didn’t know where to start. I felt completely on my own, I had nowhere... 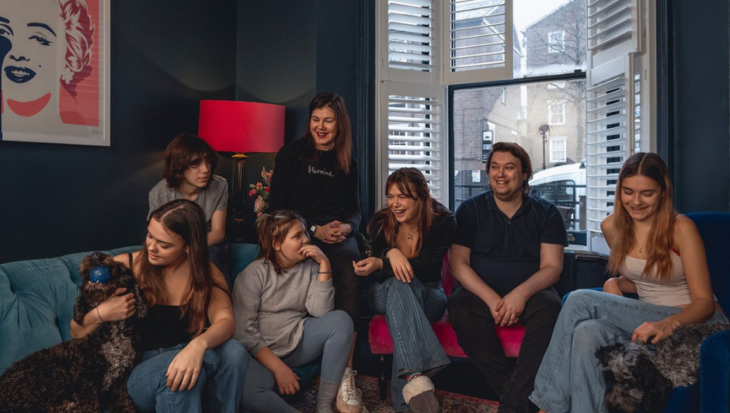