From separation to starting my own business

27 year old Acey has had to find the best ways to support her three young children – particularly her oldest son Callum – after their father left under painful circumstances which caused a family rift. Acey’s ‘can do’ attitude has also resulted in her running her own business and a local baby and toddler group.

A week before Christmas

I was eight months pregnant with my youngest child, Lyam, when I became a single mum. It was a week before Christmas. My partner came home, packed his stuff and walked out. He went to stay at my mum’s which was only a few minutes up the road; I was imminently due to give birth and with his family miles away it made sense at the time. Over the four weeks before Christmas it became apparent the reason he moved in there was that my mum was away most of the time either at work or her boyfriend’s, and he was ‘seeing’ my sixteen year old sister! It was utterly devastating. My family had nothing. No money, no Christmas tree, not even enough for coats for the kids. I was absolutely heartbroken.

Four weeks after Christmas, my son Lyam was born and my kids had to cope with not only losing their father, but suddenly having a new brother and losing their Aunties and Uncle. The whole of my family was split and the tension was thick.  Luckily, I got support from my local children’s centre to help me through it. They kept me busy at the children centre, sending me on courses they thought I might enjoy. I also had a few close friends who were there for me. With what happened with my sister, my family and I became estranged. My sister and my ex-partner have broken up now and he’s with someone else who has young children too. My family and I are trying to build bridges again, but it’s been really tough and trust will always be an issue.

It’s hard work trying to be both parents to my kids, particularly for my eldest, Callum. Their dad isn’t a ‘regular dad’, it’s very much as and when with him. He’s started to have them more regularly now – probably because his new partner has young kids too – but quite often he’d show up two hours late with no explanation for why, or sometimes not at all.

My daughter Maddie’s very matter-of-fact about it all. If Daddy shows up, that’s great, if not, she’s happy to go play with her toys. Lyam’s never known anything different. But for Callum it’s been really tough. He’s older so he understands it more. And he questions why Daddy wants to spend time with his ‘new kids’ and not with him.

Callum finds it really difficult to connect with men. He always feels like they’re going to abandon him and constantly pushes the boundaries to see what the repercussions are and if the male figure will leave. He’s had and is having regular counselling to help him try to deal with how he feels and I’ve done my best to support him however he needs. We watch films like Star Wars together and I play football with him – me and all the other dads! On Fathers’ Day we always make a card and it’s for whoever he wants it to be for – one year it was a teacher at his school, another it was our neighbour. I just try to help him understand that what he feels is justified and it’s fine to be angry sometimes.

Being a single mum, you realise how important it is to have services and facilities in your local area that you can tap into. I’ve used the Gingerbread website before – it’s full of great information – and I recommend it to other single parents too. However, when I was first dealing with being a single mum, I wanted to know what things were happening where I lived that me and the kids could get involved in. A health visitor gave me a list of things to do like toddler groups, but it was two years out of date! After that I thought, ok, well I’ll set something up. That’s how Prampushers came about.

Prampushers is a directory of all kinds of useful parenting information, like groups to go to and children’s activities, for the Thanet area. I run it and it’s now doing really well. I’ve also taken on running our local baby and toddler activity group. It was going to close so I put my hand up and said ‘I’ll run it!’ and it’s been great. We’re now also running a class called Wiggles. It’s like mother and toddler yoga, and is all about encouraging parental bonding as well as exercise through music and stories and rhymes. There wasn’t anything like that round here before.

I feel positive about the future these days. Obviously there are issues that me and my kids are still working through, but you just carry on, don’t you? My youngest, Lyam, has just started school. He’s just done his first nativity play!

It’s all about ‘firsts’ now, and new experiences for all of us. I’ve got a new partner who has kids too – but I still see myself as a single parent. I may have a partner but my children still only have one parent worrying and dealing with their needs on a day to day basis: me. Me and my partner are taking it really slowly, just taking really small steps at time. There’s no need to rush. It’s just about fresh starts for us now.

For detailed step-by-step advice on everything from benefits and tax credits to childcare and your wellbeing, sign up for the email reminders in our guide to self-employment. 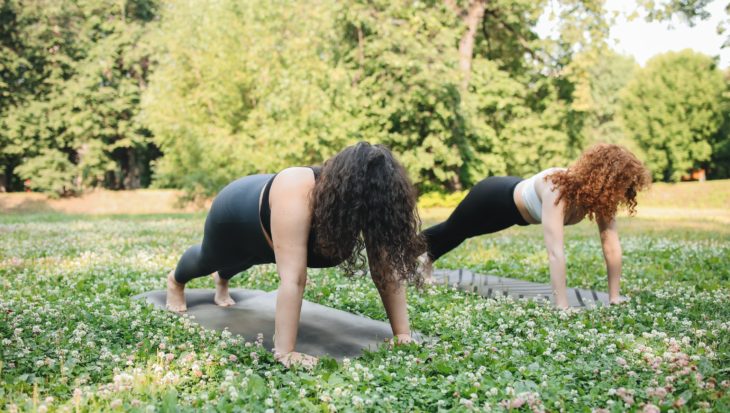 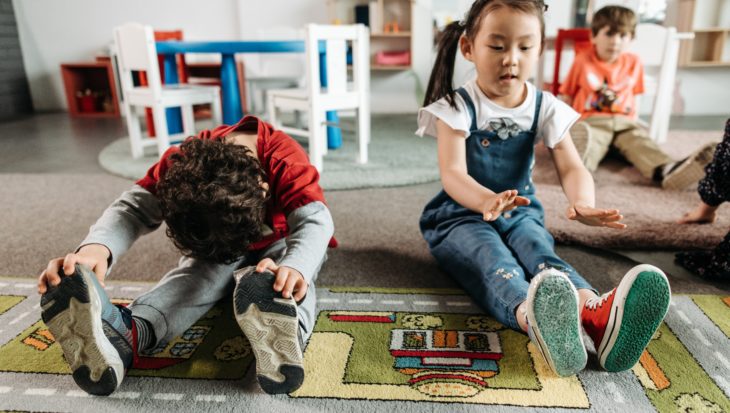